Mysuru or (Mysore) is the second-largest city in the state of Karnataka, India. The name Mysore is an altered version of Mahishuru, which means the residence of Mahisha. Mahisha stands for Mahishashura, a demon from Hindu mythology. Mysore is always mesmerized its tourist with the rich heritage and holy temples.

The KRS Dam is itself a beauty and the storage of the water is considered to be called the KRS Backwaters. It will be full during the rainy season. This is also considered to be a great picnic spot for all travel lovers and peace seekers. 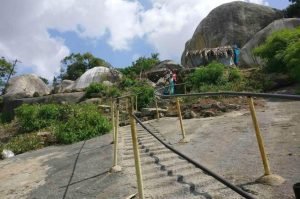 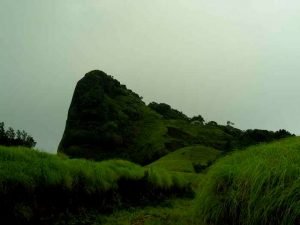 The KRS was created in the year 1932, Sir.M.Visveshvaraya 19th Dewan of Mysore, was the intellect behind the sketch and construction of this elevated KRS Dam. It is the main source of drinking water for all of Mysore city.

Three rivers meet near the Krishna Raja Sagara which are Kaveri, Hemavathi, and Lakshmanathirtha. And the KRS dam has an ornamental garden called Brindavana Gardens attached to it, more than a million tourists have visited this place every year. The Venugopala SwamiTemple is located in Hosakanambadi on the KRS backwaters about one km from Brindavan Gardens. The temple has a beautiful Mandapam at the entrance. The temple is facing East and you get a mesmerizing view of the rare side of the KRS dam from KRS Backwaters. it’s a consummate place for friends and families to spend a calm evening.

Another name of KRS Backwaters KRS backwater we can also call it by the name of Meenakshipura, the best thing is we can also go for boating (coracles) considerably we can spend more time.

The complex was a symmetrical building enclosed by two ‘Prakaras’ and the outer gate Mahadwara had verandahs on both sides, flanked by the Yagasala and the kitchen.

The original temple complex was spread over an area of about 50 acres. The temple was submerged in water for over 70 years since the completion of the KRS dam. There is an enormous space to walk arround the temple and we can enjoy the beautiful sight of the cauvery river flowing so as to near the dam.

This place goes live after Dasara and the fair generally lasts for many months after Dussera. The crowd scullers are all those booths dealing anything from toys to plastic goods to clothes to fashion accessories to kitchen implements and of course, the crowd eventually settles at those open-air food stalls one finds as the necessary homestretch of any expositions or exhibitions in Mysore.

The Mysore Exhibition ground is relatively sprawling that demands a good deal of walking. At the extreme end is the recreation section with giant buses, toy trains etc. On the way, you would cross belvederes set up by many government departments and associations. The quality of the displays varies. Some of them are well planned and worth the time spent. First of its kind championship to be held in the state by Royal Mysore sailing club 100 sailor’s from across the country to take part in the six-day event at KRS backwaters Mysore. Perceived as a leisure sport, sailing is slowly picking up after a stellar performance by Indian sailors at the recently held Tokyo 2020 Olympics. A sum of 30 rupees / Person for simultaneous entry into the temple and dam.

At the same time for entry into the temple, one has to pay 15 rupees and parking charges are free.

How to reach KRS Backwaters?

The temple is located at the banks of the Cauvery backwater behind the KRS dam. It’s around 25km from Mysore and near by 8 km from the KRS dam entry point. If you are starting from the KRS site, you will have to take the KRS – Pandavapura road, and once you cross the bridge go further for around 3km where you will have to branch out towards the left to go to the temple.

The architecture of the temple is a really beautiful place to visit anytime. And guards will not allowed you to use mobile phones or cameras, but the Best thing is to go for a round by a  two-wheeler in the evening which will make you feel the mesmerizing views of the sunset at the KRS backwaters.

The whole place has been fully secured keeping in mind the tourist safety. It is not only a pilgrimage shrine but a tourist attraction too and also devotees are not allowed to offer coconut and flowers.

The popularity of the spot is encouraging the tourist inflow and is bound to go up during the peak season of Dasara and Deepavali. Tourists can also find the roadside vendors selling soft drinks and short-eat snackable.

Note: Lawns are very big and good for the children to play with. Plan with your own food because there are not many shops close by, but you will get roadside snackable. It is a very beautiful place for photoshoots like the pre-wedding and the best place to visit for all the water lovers out there. Here, there are quite a lot of movies shot and have been released in theaters. The KRS backwaters is a great place for all those content creators out there.

This beautiful place has plenty of resorts and hotels. From amazing luxury hotels and resorts to the budget friendly hotels, everything is available here for peoples convinence.

You can also find a plenty of Dabas near KRS backwaters where you can enjoy the local ambience of KRS Backwaters.

Recommended to visit near KRS backwaters

Interesting thing to do in KRS backwaters

Also check out our blogs below

Thanks for taking your time reading the article about the KRS Backwaters. Don’t forget to subscribe to our newsletters and check our recent blog posts.